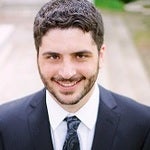 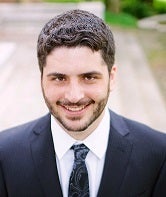 Andrew Rice grew up in Colorado before moving to Washington to escape the sun. Since moving to Washington in 2006 he has since lived in Tacoma, Seattle, Oak Harbor and Mukilteo. He attended University of Puget Sound for his undergraduate education before going to law school at Seattle University. While in law school, he interned as a public defender in the Bremerton and Seattle Municipal Courts, and has since helped to teach the Seattle Mental Health Court Clinic and worked as a contract defense attorney in Okanogan County and King County.

Before joining Stein, Lotzkar & Starr P.S., Andrew worked as a public defender in Island County where he represented clients accused of misdemeanors and felonies and participants in the adult and juvenile drug courts. He has also represented people seeking Supplemental Security Income (SSI) and Social Security Disability Income (SSDI) benefits in Washington, Oregon and California.

When I'm not at work, I enjoy all forms of barbecue, watching the Broncos (and pretending Super Bowl XLVIII never happened), and spending time with my dog and my family.